indgår i serie Nature and Environment in the Middle Ages 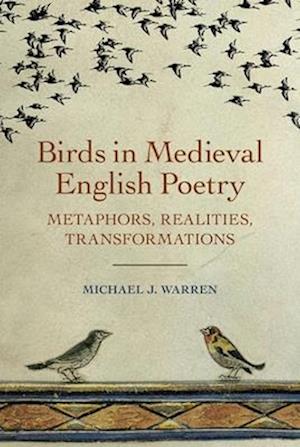 Birds featured in many aspects of medieval people's lives, not least in their poetry. But despite their familiar presence in literary culture, it is still often assumed that these representations have little to do with the real natural world. By attending to the ways in which birds were actually observed and experienced, this book aims to offer new perspectives on how and why they were meaningful in five major poems -- The Seafarer, the Exeter Book Riddles, The Owl and the Nightingale, The Parliament of Fowls and Confessio Amantis. In a consideration of sources from Isidore of Seville and Anglo-Saxon place-names to animal-sound word lists and Bartholomew the Englishman, the author shows how ornithological truth and knowledge are integral to our understandings of his chosen poems. Birds, he argues, are relevant to the medieval mind because their unique properties align them with important religious and secular themes: seabirds that inspire the forlorn Anglo-Saxon pilgrim; unnamed species that confound riddling taxonomies; a belligerent owl who speaks out against unflattering literary portraits. In these poems, human actions and perceptions are deeply affected by the remarkable flights and voices of birds. MICHAEL J. WARREN is currently Visiting Lecturer at Royal Holloway University, where he gained his PhD.

Forfattere
Bibliotekernes beskrivelse First full-length study of birds and their metamorphoses as treated in a wide range of medieval poetry, from the Anglo-Saxons to Chaucer and Gower.