Birds in the Bronze Age 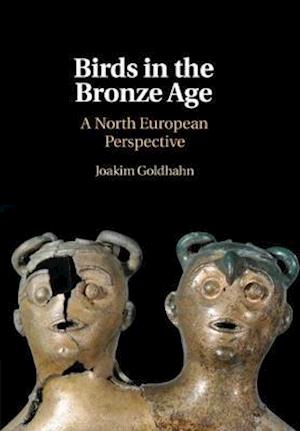 This book provides new insights into the relationship between humans and birds in Northern Europe during the Bronze Age. Joakim Goldhahn argues that birds had a central role in Bronze Age society and imagination, as reflected in legends, myths, rituals, and cosmologies. Goldhahn offers a new theoretical model for understanding the intricate relationship between humans and birds during this period. He explores traces of birds found in a range of archaeological context, including settlements and burials, and analyzes depictions of birds on bronze artefacts and figurines, rock art, and ritual paraphernalia. He demonstrates how birds were used in divinations, and provides the oldest evidence of omens taken from gastric contents of birds - extispicy - ever found in Europe.

Forfattere
Bibliotekernes beskrivelse This book provides new insights about the relationship between humans and birds in Northern Europe during the Bronze Age. It argues that birds as well as humans have an agency of their own which was contemplated in everyday practices as well as in histories, legends, myths and Bronze Age cosmologies. Worked examples or Exercises; 16 Plates, color; 95 Halftones, black and white