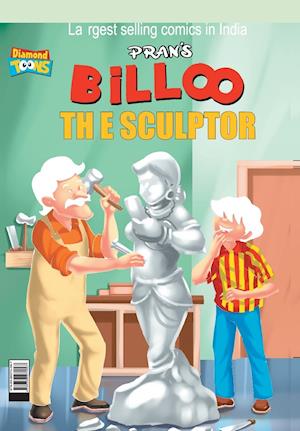 Maurice Horn, the editor of World Encyclopedia of Comics, has described cartoonist PRAN as Walt Disney of India.

Entertaining generation after generation, his comics have been constant companion of all the growing youngsters providing fun and amusement through his famous characters like CHACHA CHAUDHARY, SABU, SHRIMATIJI, PINKI, BILLOO, RAMAN etc. More than 600 of his titles are selling well in the market, and numerous comic strips are regularly appearing in various newspapers. His CHACHA CHAUDHARY comics had already been adapted for a TV Serial, and ran continuously for 600 episodes on a premier channel.

Travelling widely over the globe, he delivers lectures at various International Conferences. He has also been honoured with 'People of The Year Award' by Limca Book of Records for popularizing comics. His comic book 'United We Stand' was released in 1983 by the then Prime Minister Mrs. Indira Gandhi, and is still very popular among children.