indgår i serie Issues in Toxicology 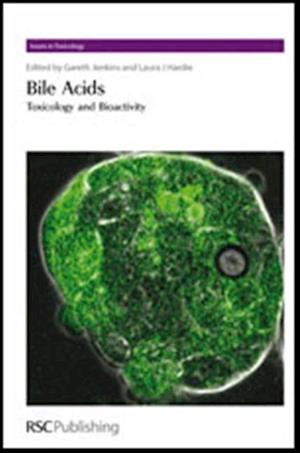 Bile acids are increasingly being seen as extremely important carcinogenic agents in cancers of the bile duct, liver, colon, rectum, and oesophagus. They are essential agents involved in lipid digestion and absorption in mammals, however, they also play wide-ranging roles in a variety of disease states ranging from diabetes to cancer. They have evolved exquisite mechanisms for controlling their own synthesis and to ensure that they are produced at correct concentrations and also kept in the correct anatomical environment. It is only when these fine levels of controls are breached that Bile acids become associated with disease. This breaching of control mechanisms can occur through dietary means (e.g. in obesity) whereby excessive levels of Bile acids are produced and converted (via the bacterial flora) to damaging secondary Bile acids. Furthermore, lack of re-absorption of Bile acids can lead to liver pathologies. The atypical movement of Bile acids into the oesophagus, stimulated by episodes of reflux, is linked to oesophageal cancer. In recent years there have been tremendous advances in the understanding of the mechanisms behind the toxicity and bioactivity of different Bile acids and these are covered at length in this book. Prior to the publication of this book there was no single source of information on the toxicology and bioactivity properties of Bile acids. The book also uniquely collects all the relevant information together regarding the role of Bile acids in human disease and the mechanisms underlying Bile acid induced pathology. Additionally, as Bile acids are synthesised from cholesterol, there is wide recognition of the role for Bile acids in obesity linked diseases and this is also covered in this new publication. The book is edited by two experts in the field who have been involved in Bile acid research for several years and who are closely involved with major research groups in the UK, Europe and the US actively engaged in Bile acid research. The Editors have brought together world experts in their own fields to discuss the contribution of Bile acids to various disease pathologies, as well as discussing the mechanisms behind their activity. The book details the plethora of biological activities of this fascinating group of naturally occurring chemicals and provides a one-stop reference for scientists wishing to gain a fuller understanding of Bile acid activity and function.

Forfattere
Bibliotekernes beskrivelse A single source of information, with contributions from worldwide experts, on bile acid toxicology and bioactivity and its role in human disease. No