Biddle, Jackson, and a Nation in Turmoil 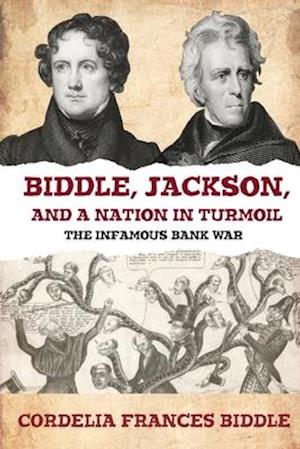 The first half of the 19th century was an era of upheaval. The United States nearly lost the War of 1812. Partisanship became endemic during violent clashes regarding States' Rights and the abolition of slavery. The battle between Andrew Jackson and Nicholas Biddle over the Second Bank of the United States epitomized a nation in turmoil: Biddle, the erudite aristocrat versus Jackson, the plain-spoken warrior. The conflict altered America's political arena.

In 1832, President Andrew Jackson vowed to kill the Central Bank, setting in motion the infamous Bank War that almost bankrupted the nation. Under Biddle's guidance, the Second Bank of the United States had become the most stable financial institution in the world. Biddle fought Jackson with tenacity and vigor; so did members of Congress not under the sway of "Old Hickory." Jackson accused Biddle of treason; Biddle declared that the president promoted anarchy. The fight riveted the nation.

The United States is experiencing a reappearance of deep schisms within our population. They hearken back to the earliest debates about the federal government's role regarding fiduciary responsibility and social welfare. The ideological descendants of Nicholas Biddle and Andrew Jackson are as polarized today as they were during the nineteenth century.

With this book, author Cordelia Frances Biddle documents the epic fight between Nicholas Biddle and Andrew Jackson over the fate of the Second Bank of the United States, shedding new light with previously undiscovered documents while bringing the story to life in a compelling biography of political intrigue.