Biblical Poetics Before Humanism and Reformation 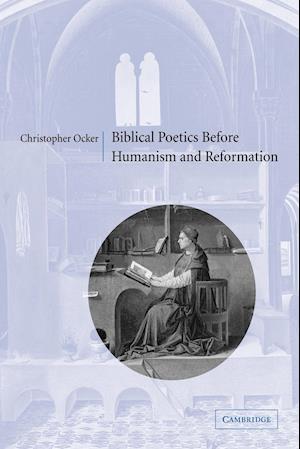 Biblical Poetics before Humanism and Reformation is a study of the interpretation of the Bible in the late Middle Ages. Scholastic theologians developed a distinct attitude toward textual meaning in the thirteenth and fourteenth centuries which departed significantly from earlier trends. Their attitude tended to erode the distinction, emphasized by the scholars of St Victor in the twelfth century, between literal and spiritual senses of scripture. Christopher Ocker argues that interpreters developed a biblical poetics very similar to that cultivated and promoted by Protestants in the sixteenth century, which was reinforced by the adaptation of humanist rhetoric to Bible reading after Lorenzo Valla. The book is a comparative study, drawing from a variety of unpublished commentaries as well as more familiar works by Nicholas of Lyra, John Wyclif, Jean Gerson, Denys the Carthusian, Wendelin Steinbach, Desiderius Erasmus, Philip Melanchthon, and John Calvin.