Biblical Narrative in the Philosophy of Paul Ricoeur 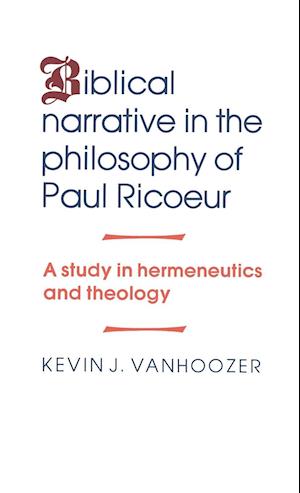 Although Paul Ricoeur's writings are widely and appreciatively read by theologians, this book offers a full, sympathetic yet critical account of Ricoeur's theory of narrative interpretation and its contribution to theology. Unlike many previous studies of Ricoeur, Part I argues that Ricoeur's hermeneutics must be viewed in the light of his overall philosophical agenda, as a fusion and continuation of the unfinished projects of Kant and Heidegger. Particularly helpful is the focus on Ricoeur's recent narrative theory as the context in which Ricoeur deals with problems of time and the creative imagination; and it becomes clear that narrative stands at the crossroads of Ricoeur's search for the meaning of human being as well as his search for the meaning of texts. Part II examines the potential of Ricoeur's narrative theory for resolving certain theological problems, such as the dichotomy betweens the Jesus of history and the Christ of faith.