Beyond the Yellow Badge (Paperback)

- Anti-Judaism and Antisemitism in Medieval and Early Modern Visual Culture 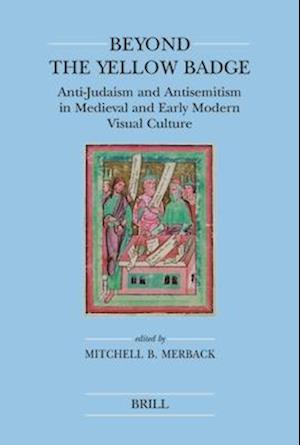 In thirteen essays by leading art historians, and a critical introduction by the editor, Beyond the Yellow Badge seeks to reframe the relationship between European visual culture and the changing aspect of the Christian majority's negative conceptions of Jews and Judaism during the Middle Ages and early modern periods. By situating their subjects within a broad continuum of historical and critical issues, the authors inquire into such questions as the shifting politics of toleration and intoleration; the role played by anti-Judaic legends in the formation of Christian cults; the role of positive evaluations of Hebrew, Jewish learning and Christian hopes for Jewish conversion; and the transformation of religious anti-Judaism into its modern racial and nationalistic counterparts. The book will be of special interest to art historians, cultural historians, students of Christian theology and Jewish history, and to educated general readers. This book is also available in hardcover.