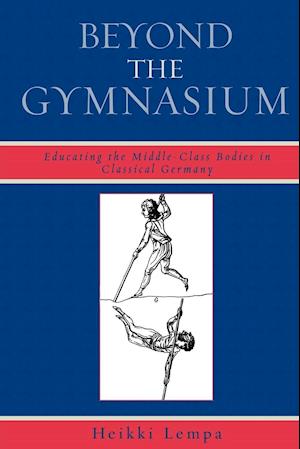 Beyond the Gymnasium is the first systematic effort to examine the history of the body in modern Germany. By looking into medical dietetics, walking, dancing, gymnastics, cholera, and classrooms, Heikki Lempa reconstructs the ways the middle-class body became a source of political and social autonomy and a medium of social interaction. During the first two decades of the nineteenth century, German physicians defined the middle class body as qualitatively different from the lower class body. This belief was supported by a contemporary science known as dietetics. Lempa provides a comprehensive history and analysis of this science. Beyond the Gymnasium also analyzes the social implications of court dancing and gymnastics. In the eighteenth century, the French court dances set the standards of upper and middle class conduct. In the 1810s, the gymnastics movement challenged this tradition by propagating vigorous physical exercise and egalitarian social interaction. In 1819, the ban on gymnastics contributed to the rapid spread of dancing clubs, ballrooms, public promenades, and spas; the old forms of bodily interaction underwent a renaissance. These two trends-the quest for bodily autonomy and the continuity of traditional bodily conduct-played an important role in the status of the German middle class in the nineteenth century. In social interaction, it continued to cultivate those forms that had endowed the Old Regime with its specific character and flair. To explain this, the book explores the forms of social recognition in dancing, greeting, and walking and discovers that the German middle class displayed an aptitude for social recognition of asymmetrical relationships.