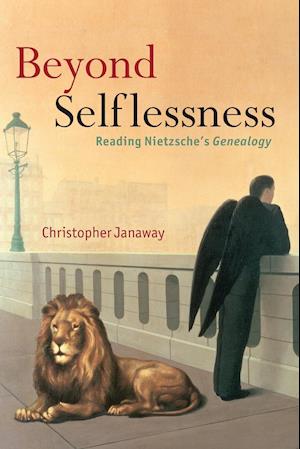 Christopher Janaway presents a full commentary on Nietzsche's most studied work, On the Genealogy of Morality, and combines close reading of key passages with an overview of Nietzsche's wider aims. Arguing that Nietzsche's goal is to pursue psychological and historical truths concerning the origins of modern moral values, Beyond Selflessness differs from other books on Nietzsche in that it emphasizes the significance of his rhetorical methods as aninstrument of persuasion. Nietzsche's outlook is broadly naturalist, but he is critical of typical scientific and philosophical methods for their advocacy of impersonality and suppression of the affects. In contrast to his opponents, Schopenhauer and Paul Ree, who both account for morality in terms of selflessness,Nietzsche believes that our allegiance to a post-Christian morality that centres around selflessness, compassion, guilt, and denial of the instincts is not primarily rational but affective: underlying feelings, often ambivalent and poorly grasped in conscious thought, explain our moral beliefs. The Genealogy is designed to detach the reader from his or her allegiance to morality and prepare for the possibility of new values. In addition to examining how Nietzsche's 'perspectivism'holds that one can best understand a topic such as morality through allowing as many of one's feelings as possible to speak about it, Janaway shows that Nietzsche seeks to enable us to 'feel differently': his provocation of the reader's affects helps us grasp the affective origins of our attitudes and prepare theway for healthier values such as the affirmation of life (as tested by the thought of eternal return) and the self-satisfaction to be attained by 'giving style to one's character'.

Forfattere
Bibliotekernes beskrivelse Christopher Janaway presents a full commentary on Nietzsche's most studied work, On the Genealogy of Morality, and combines close reading of key passages with an exploration of Nietzsche's wider aims. Everyone who works on Nietzsche will find this a richly rewarding book.