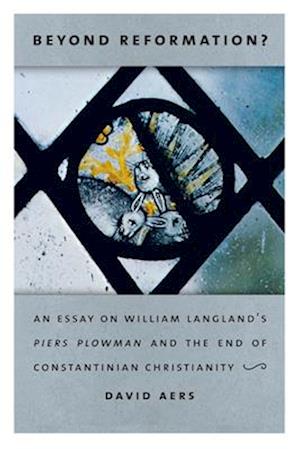 The essay form that Aers has chosen for his book contributes to the effectiveness of the argument he develops in tandem with the structure of Langland's poem: he sustains and tests his argument in a series of steps or "passus," a Langlandian mode of proceeding. His essay unfolds an argument about medieval and early modern forms of Constantinian Christianity and reformation, and the way in which Langland's own vision of a secularizing, de-Christianizing late medieval church draws him toward the idea of a church of "fools," beyond papacy, priesthood, hierarchy, and institutions. For Aers, Langland opens up serious diachronic issues concerning Christianity and culture. His essay includes a brief summary of the poem and modern translations alongside the original medieval English. It will challenge specialists on Langland's poem and supply valuable resources of thought for anyone who continues to struggle with the church of today.