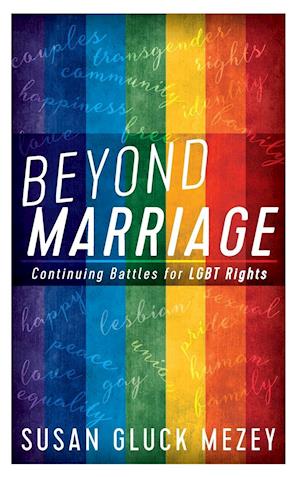 In this book, Susan Gluck Mezey examines LGBT policymaking over the last several decades, highlighting advances in LGBT rights as well as formidable challenges that still confront the LGBT community. With an emphasis on courts, she traces developments in the struggles for LGBT rights in the United States and abroad. The chapters focus on employment discrimination, transgender rights, marriage equality, and the ongoing battles over discrimination against same-sex couples and transgender persons in education, employment, and public accommodations. It also adds a global perspective by appraising issues affecting LGBT rights in other parts of the world, discussing claims of discrimination in the Canadian and South African courts as well as in the European Court of Human Rights.Mezey provides a succinct and accessible guide to the debates over sexual orientation and gender identity, evaluating the roles played by state and federal courts, legislatures, and chief executives in formulating and implementing LGBT policy. Suitable as an up-to-date resource for anyone interested in LGBT rights, Beyond Marriage will also help students in upper-level classes focusing on judicial politics, public policymaking, family law, civil rights, gender policy, and minority group politics understand ways forward for the LGBT community in the political realm.