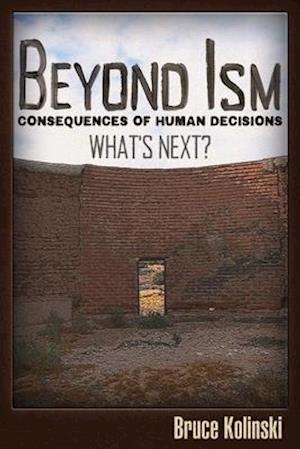 Beyond Ism raises the question, "If the 1776 revolution has brought the United States to the dystopian horror of Orwell's 1984 warning, what's next?" Though the United States retains the bleached skeleton of three branches of government, it has lost the functionality of constitutionally mandated separation of powers, along with the checks and balances necessary for representative self-government. According to Kolinski, the United States has devolved into a Technocratic Fascist Administrative Dictatorship run by unaccountable, unelected globalist sympathizers supported by a Supreme Court bench populated with political hacks. It lacks oversight by a now corrupt Congress and has an Executive Branch operated by an international Deep State controlled by shadow governments in nearly every country on behalf of a psychopathic global syndicate made up of powerful dynastic families leading earth toward incremental extinction by insanity. Beyond Ism offers possible remedies for how Americans might cooperatively adjust our present course away from despair toward hope by first nurturing individual spiritual discernment, then coherently and courageously sharing that loving gift within and beyond our communities.