An Analysis of Friedrich Nietzsche's Beyond Good and Evil 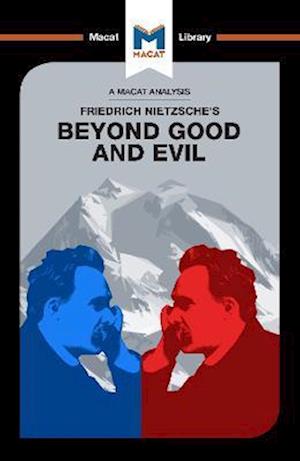 No philosopher could be a better example of creative thinking in action than Friedrich Nietzsche: a German iconoclast who systematically attacked the traditionally accepted views of academic philosophers, seeking to tear down their rickety platform and replace it with a platform of his own. Creative thinkers are people who redefine issues and topics in novel ways to create novel connections, explanations and hypotheses - people, in short, who can turn a topic on its head and present it in an entirely new light. Nietzsche called them "free spirits" - those unwilling to accept the dogmas of the past, wanting instead to think clearly for themselves. In Beyond Good and Evil, Nietzsche focuses his attention on nothing less than the underlying basis of our moral assumptions, unleashing a powerful, polemical critique of the moral dogmas of the past and his own time. His book, which remains one of the most influential works of moral philosophy ever written, is not just an example of creative thinking at work, it is also a passionate argument for its importance. As Nietzsche wrote, "Morality in Europe ... is the morality of herd animals." But if one is ready to think differently and stand out from the herd, "other (and especially higher) moralities are ... possible."

Forfattere
Bibliotekernes beskrivelse In Beyond God, Neitzsche explores what society might look like if we were brave enough to emerge fully from the shadow of the Christian God proposing that God is dead-and that "philosophers of the future" must construct a new morality to replace the Christian one.