- Scenarios for the Separatist Disputes of Eastern Europe 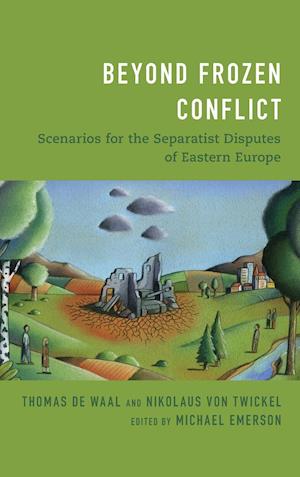 The five unresolved separatist conflicts of the post-Soviet space in Eastern Europe are the biggest risk to Europe's stability and security. Four of these - Abkhazia, South Ossetia in Georgia, Transnistria in Moldova, and Nagorny Karabakh contested between Armenia and Azerbaijan - date back to around the collapse of the Soviet Union in 1991-2, and became called 'frozen conflicts'. The fifth is Ukraine's Donbas, which in 2014 saw large parts of its Donetsk and Luhansk regions violently separate from Kyiv at a cost of 13,000 human lives so far, due crucially to Russia's supporting hybrid warfare there. This book is the first to give an up-to-date account of all five conflicts in an analytically consistent manner. It charts new territory in exploring systematically a full range of scenarios for the possible future of all five conflicts and offers a basis of sound information for officials, diplomats, scholars and the general public.