- The True Bride of Christ 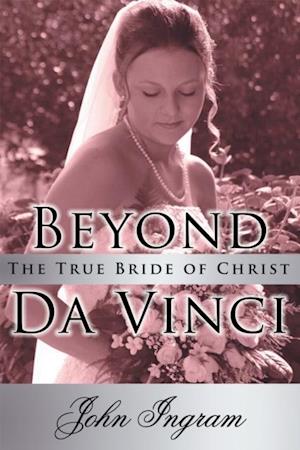 The History of mankind is very cyclical. How often has it been said, 'history repeats itself.' Since time immemorial a repetitive theme in the human drama is Gnosticism, a teaching that special hidden knowledge leads to spiritual enlightenment. Gnostic myths have also focused on the sexual union of gods or goddesses with humans. The recent furor over the fictional novel and movie, The Da Vinci Code, has once again challenged the authenticity of the Christian Gospel, and brought new focus on Gnostic myths. Readers and movie-goers are encouraged to accept the dubious writings of 'lost gospels' and reject the canonical teachings of the Bible. In those 2nd and 3rd century sources, the real Jesus who interacted with leaders, cared for the weak and sick, even loving the dregs of society, is exchanged for a strange creature that only appears to be human and bears no likeness to the Jewish man who died on a cruel Roman Cross.Beyond Da Vincipresents the real Jesus through the rich nuptial imagery of the Old and New Testaments.The reader meets the true Bride of Christ and learns of the incredible consummation of Bride and Bridegroom that is yet to come.Are there false Brides?Was Jesus of Nazareth married?Was he just a man or was he divine?Come partake of this incredible journey through the greatest romance of history; a journey to the truth.