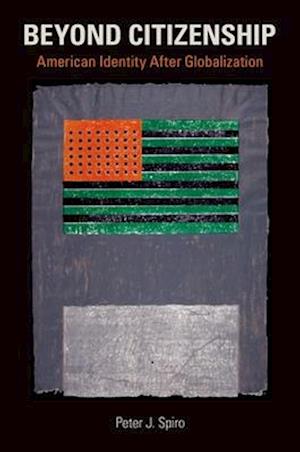 American identity has always been capacious as a concept but narrow in its application. Citizenship has mostly been about being here, either through birth or residence. The territorial premises for citizenship have worked to resolve the peculiar challenges of American identity. But globalization is detaching identity from location. What used to define American was rooted in American space. Now one can be anywhere and be an American, politically or culturally. Againstthat backdrop, it becomes difficult to draw the boundaries of human community in a meaningful way. Longstanding notions of democratic citizenship are becoming obsolete, even as we cling to them. Beyond Citizenship charts the trajectory of American citizenship and shows how American identity isunsustainable in the face of globalization. Peter J. Spiro describes how citizenship law once reflected and shaped the American national character. Spiro explores the histories of birthright citizenship, naturalization, dual citizenship, and how those legal regimes helped reinforce an otherwise fragile national identity. But on a shifting global landscape, citizenship status has become increasingly divorced from any sense of actual community on the ground. As the bonds of citizenship dissipate, membership in the nation-state becomesless meaningful. The rights and obligations distinctive to citizenship are now trivial. Naturalization requirements have been relaxed, dual citizenship embraced, and territorial birthright citizenship entrenched-developments that are all irreversible. Loyalties, meanwhile, are moving to transnationalcommunities defined in many different ways: by race, ethnicity, gender, religion, age, and sexual orientation. These communities, Spiro boldly argues, are replacing bonds that once connected people to the nation-state, with profound implications for the future of governance. Learned, incisive, and sweeping in scope, Beyond Citizenship offers a provocative look at how globalization is changing the very definition of who we are and where we belong.