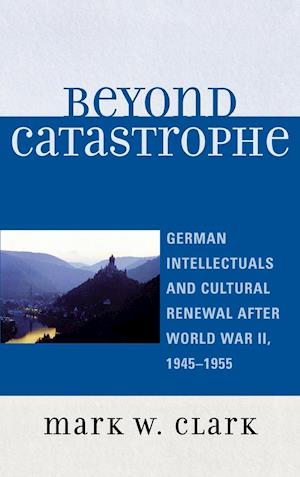 Beyond Catastrophe examines the post-World War II leadership efforts of four major German intellectuals: Karl Jaspers, Thomas Mann, Friedrich Meinecke, and Bertolt Brecht. Clark focuses on the symbolic, practical, and theoretical contributions of these men to post-war cultural reconstruction, and pays special attention to their key works of the period - The German Catastrophe, Doctor Faustus, The Question of German Guilt, and Turandot - in which they addressed the key issues of the period including responsibility and guilt for the National Socialist regime, German distinctiveness, the possibility of a renewed humanism, and the relationship of intellectuals to the broader society. Addressing an important lacuna in twentieth-century intellectual history, Beyond Catastrophe will appeal to scholars of history and German studies.