indgår i serie Cinema And Society 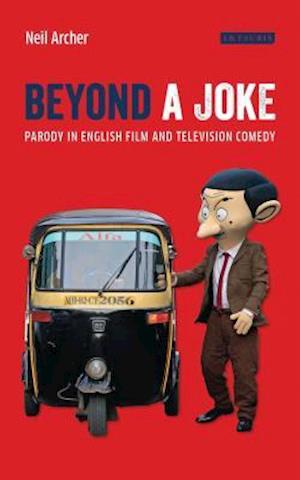 At the opening ceremony for the London 2012 Olympics, a global audience of nearly one billion viewers were treated to the unprecedented sight of James Bond meeting Queen Elizabeth II. Shortly after, the 'Queen' hurled herself out of a helicopter, her Union Jack parachute guiding her down to the Olympic Stadium. What it is about moments such as these that define both a particular idea of Britishness and a particular type of British film comedy? How has British cinema exploited parody as a means of negotiating its sense of identity? How does this function within a globalized marketplace and in the face of dominant Hollywood cinema?Beyond a Joke explores the myriad ways British film culture has used forms of parody, from the 1960s to the present day. It provides a contextual and textual analysis of a range of works that, while popular, have only rarely been the subject of serious academic attention - from Morecambe and Wise to Shaun of the Dead to the London 2012 Olympics' opening ceremony. Combining the methodologies both of film history and film theory, Beyond a Joke locates parody within specific industrial and cultural moments, while also looking in detail at the aesthetics of parody as a mode. Ultimately, such works are shown to be a form of culturally specific film or televisual product for exporting to the global market, in which 'Britishness', shaped in self-mocking and ironic terms, becomes the selling point. Written in an accessible style and illustrated throughout with a diverse range of examples, Beyond a Joke is the first book to explore parody within a specifically British context and makes an invaluable contribution to the scholarship on both British and global film culture.