Between Utopia and Dystopia 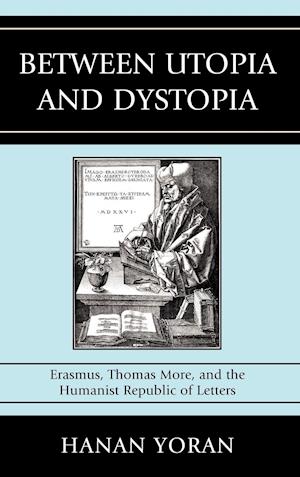 The figure of the intellectual looms large in modern history, and yet his or her social place has always been full of ambiguity and ironies. Between Utopia and Dystopia is a study of the movement that created the identity of the universal intellectual: Erasmian humanism. Focusing on the writings of Erasmus and Thomas More, Hanan Yoran argues that, in contrast to other groups of humanists, Erasmus and the circle gathered around him generated the social space-the Erasmian Republic of Letters-that allowed them a considerable measure of independence. The identity of the autonomous intellectual enabled the Erasmian humanists to criticize established customs and institutions and to elaborate a reform program for Christendom. At the same time, however, the very notion of the universal intellectual presented a problem for the discourse of Erasmian humanism itself. It distanced the Erasmian humanists from concrete public activity and, as such, clashed with their commitment to the ideal of an active life. Furthermore, citizenship in the Republic of Letters threatened to lock the Erasmian humanists into a disembodied intellectual sphere, thus undermining their convictions concerning intellectual activity and the production of knowledge. Between Utopia and Dystopia will be of interest to scholars and students interested in Renaissance humanism, early modern intellectual and cultural history, and political thought. It also has much to contribute to debates over the identity, social place, and historical role of intellectuals.