Between Rationality and Irrationality 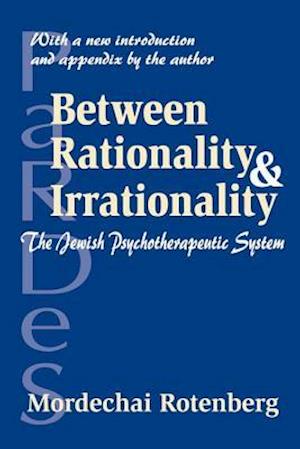 Jewish Scriptural interpretation entails a potential therapeutic bridge between the rational-material and the irrational-mystic in the world of psychotherapy. PaRDeS, as this system is known, is derived from the following concepts. "P" denotes peshat, the plain interpretation of the text, which translates into a rational interpretation of life. "R" symbolizes remez, hinting at a related religious concept, which becomes a symbolic view of life. "D" stands for derash, the homiletic way of interpreting a text, or a narrative reading of life. And "S" represents sod, or the mystery behind an idea, which in psychological terms becomes a mystic understanding of life. Mordechai Rotenberg believes that it is by engaging readings in a "dialogue" with each other, as in the Jewish hermeneutic tradition, the psychology underlying one's existence may be more readily understood. While Rotenberg acknowledges that it is legitimate to focus on one cognitive-rational or one narrative-storytelling therapeutic method in the course of therapy, he argues that a comprehensive theory of psychotherapy should include treatment possibilities for both rational and irrational manifestations of behavior, thereby engulfing all aspects of human behavior. For Rotenberg, a person's life becomes the "text," subject to being read and interpreted. If that person wishes to change his or her behavior via psychotherapy, then a hermeneutic system must be employed to understand that person's life. However, many systems interpret a person's life according to the particular theory espoused by the therapist. Rotenberg, in contrast, introduces a balanced theory bridging the rational and the irrational.Between Rationality and Irrationality emphasizes that it is more important for a therapist to learn his client's own "language" than to impose his own doctrinaire interpretation. This edition includes a new introduction by the author, as well as an appendix explicating an original psychological interpretation of PaRDeS