Between Courtly Literature and Al-Andaluz 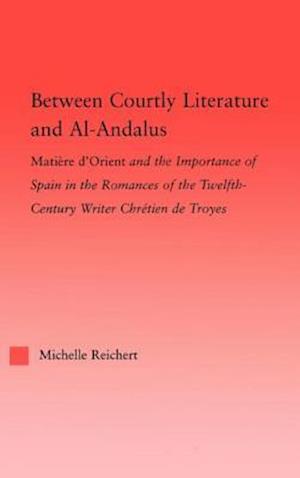 Chretien de Troyes uses repeated references to Spain throughout his romances; despite past suggestions that they contain Mozarabic and Islamic themes and motifs, these references have never been commented upon. The book will demonstrate that these allusions to Spain occur at key moments in the romances, and are often coupled with linguistic "riddles" which serve as roadmaps to the manner in which the romances are to be read. These references and riddles seem to support the idea that some of their themes and motifs in Chretien's romances are of Andalusi origin. The book also analyzes Chretien's notion of "conjointure" and shows it to be the intentional elaboration of a sort of Mischliteratur, which integrates Islamic and Jewish themes and motifs, as well as mystical alchemical symbolism, into the standard religious and literary canons of his time. The contrast afforded by Chretien's use of irony, and his subtle integration of this matiere d'Orient into the standard canon, constitutes a carefully veiled criticism of the social and moral conduct, as well as spiritual beliefs, of twelfth-century Christian society, the crusading mentality, chivalric mores, and even the notion of courtly love. The primary interest of the book lies in the fact that it will be the first to comment upon and analyze Chretien's references to Spain and the rich matiere d'Orient in his romances, while suggesting channels for its transmission, through scholars, merchants, and religious houses, from northern Spain to Champagne.