Between Class and Discourse: Left Intellectuals in Defence of Capitalism 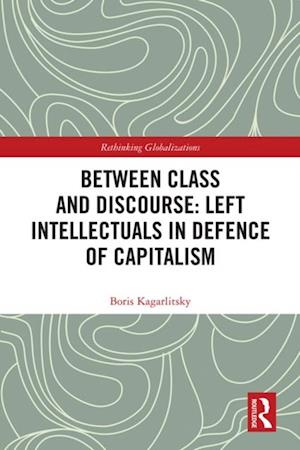 This provocative book addresses the ideological and political crisis of the Western left, comparing it with the problems facing leftist politics in Russia and other countries.The author presents a radical critique of the current state of the Western left which puts discourse above class interest and politics of diversity above politics of social change. The trajectory away from class politics towards feminism, minority rights and the coalition of coalitions led to the destruction of the basic strategic pillars of the movement. Some elements of this broad progressive agenda became mainstream, but in fact this made the crisis of the left even deeper and contributed to the disintegration of the left's identity. The author demonstrates that a simple return to 'the good old times' of classical socialist politics of the industrial age is not possible, suggesting that class politics must be redefined and reinvented through the experience of new radical populism.This book speaks directly to the way the identity politics/class politics divide has been framed within the English-speaking world. It will be of great interest to scholars and students of political science and political sociology, international relations, security studies and global studies, as well as socialist activists.