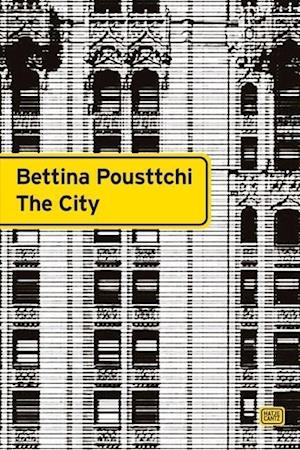 Bettina Pousttchi (*1971) is the 2014 recipient of the Junge Stadt sieht Junge Kunst art prize of the City of Wolfsburg. The German-Iranian artist works in the media of photography, video, and sculpture, and primarily explores the connection between systems of time and space. She became known for her project World Time Clock (2008-14), for which he traveled around the world for the purpose of taking photographs of clocks in public space, in each case at five minutes to two, in all of the different time zones. For her work The City-A Transnational Skyline, conceived specifically for the facade of the Wolfsburg Castle, the Berlin-based artist joined together ten skyscrapers-such as the Empire State Building in New York, the Petronas Towers in Kuala Lumpur, or the Burj Khalifa in Dubai-to create a hybrid high-rise backdrop. This and further works in public space, such as the Drive-Thru Museum in Dallas, are presented for the first time in the publication The City.Ausstellungen/Exhibitions: Stadtische Galerie Wolfsburg 24.5.-28.9.2014 / Nasher Sculpture Center Dallas 12.4.-17.8.2014