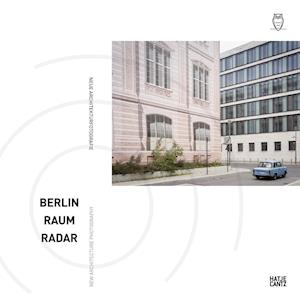 Brownlie's Principles of Public International Law has been shaping the study and application of international law for over 50 years. Serving as a single-volume introduction to the field as a whole, the book is one of the classic treatises on international law, now fully updated to order to take account of recent developments. It includes extensive references in order to provide a solid foundation for further research.Authored by James Crawford, the ninth edition further secures the work as the essential international law text for students and practitioners.Not only do we move ourselves daily through urban space, but it is also the specific design of this space that moves and guides us. In almost no other city is this more apparent than in Berlin. The cityscape has undergone permanent change since its reunification that ranges from hundreds of individual construction projects and the conversion of existing structures to the upheaval of entire districts. The exhibition catalogue Berlin Raum Radar sets out to trace this urban morphology. In more than eighty works it brings together artistic examinations of urban space in Berlin from the past fifteen years. Whether sensitive detail study, philosophical observation, or creative vision-the various perspectives constitute a panorama of the changes in Berlin. With eyes wide open, one can trace a transformation that not only characterizes the appearance of a city but also equally influences our perception in lasting and continually new ways. The featured photogrphers: Menno Aden, Iwan Baan, Sibylle Bergemann, Peter Bialobrzeski, Ben de Biel, Tacita Dean, Mitch Epstein, Christine Fenzl, Andreas Gehrke, Alexander Gnadinger, Markus Henttonen, Ola Kohlemainen, Stefan Koppelkamm, Dawin Meckel, Arwed Messmer, Ingo Mittelstaedt, Andreas Muhe, Robert Polidori, Blaise Reutersward, Yoram Roth, Pola Sieverding, Sarah Schoenfeld, Michael Schulz, Dorothea Tuch, Friederike von Rauch, Julia Wagner, Michael Wesely, Ulrich Wust, Harf ZimmermannExhibition: Neue West, Berlin 29.4.-6.5.2016

Forfattere
Bibliotekernes beskrivelse Serving as a single volume introduction to the field as a whole, this ninth edition of Brownlie's Principles of International Law seeks to present international law as a system that is based on, and helps structure, relations among states and other entities at the international level.Visual worlds of change 80