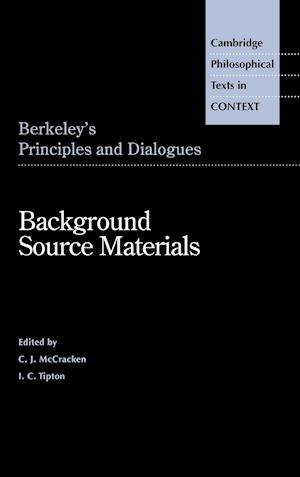 This volume sets Berkeley's philosophy in its historical context by providing selections from: firstly, works that deeply influenced Berkeley as he formed his main doctrines; secondly, works that illuminate the philosophical climate in which those doctrines were formed; and thirdly, works that display Berkeley's subsequent philosophical influence. The first category is represented by selections from Descartes, Malebranche, Bayle, and Locke; the second category includes extracts from such thinkers as Regius, Lanion, Arnauld, Lee, and Norris; while reactions to Berkeley, both positive and negative, are drawn from a wide range of thinkers - Leibniz, Baxter, Hume, Diderot, Voltaire, Reid, Kant, Herder, and Mill.