indgår i serie Lockert Library of Poetry in Translation 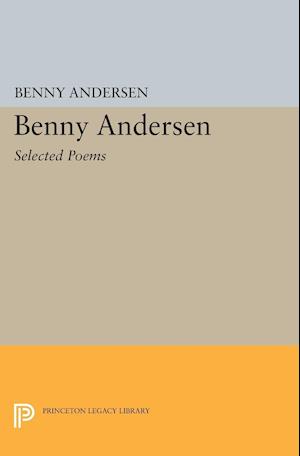 Benny Andersen, currently Denmark's most popular poet, is virtually unknown in the United States. He is a poet of remarkable versatility, whose voices range from reflective to whimsical. His imagery is original and often surprising; his humor is delightful. To introduce Benny Andersen to English readers, Alexander Taylor has worked with the poet, selecting and translating poems from the eight books now available in Danish. The poems are presented here in their Danish versions and in English translations that capture the spontaneity and excitement of the originals. In both versions the poetry is evocative and refreshingly direct. The imagery is vivid, and the poet's inventive use of diction and syntax creates startling effects. Perhaps most characteristic of Andersen's work is the fusion of complex, often conflicting emotions within a single poem. Born in Copenhagen in 1929, Benny Andersen published his first book of poetry in 1960, to immediate public and critical acclaim. In addition to poetry, he has written a novel, short stories, children's books, filmscripts, television plays, and essays. He has received several awards. Originally published in 1976.The Princeton Legacy Library uses the latest print-on-demand technology to again make available previously out-of-print books from the distinguished backlist of Princeton University Press. These editions preserve the original texts of these important books while presenting them in durable paperback and hardcover editions. The goal of the Princeton Legacy Library is to vastly increase access to the rich scholarly heritage found in the thousands of books published by Princeton University Press since its founding in 1905.