- The Story of a Friendship 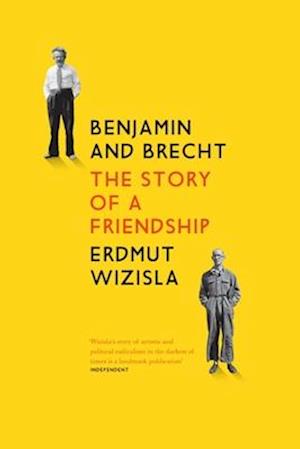 Germany in the mid 1920s, a place and time of looming turmoil, brought together Walter Benjamin-acclaimed critic and extraordinary literary theorist-and Bertolt Brecht, one of the twentieth century's most influential playwrights. It was a friendship that would shape their writing for the rest of their lives. In this groundbreaking work, Erdmut Wizisla explores what this relationship meant for them personally and professionally, as well as the effect it had on those around them. From the first meeting between Benjamin and Brecht to their experiences in exile, these eventful lives are illuminated by personal correspondence, journal entries and private miscellany-including previously unpublished materials-detailing the friends' electric discussions of their collaboration. Wizisla delves into the archives of other luminaries in the distinguished constellation of writers and artists in Weimar Germany, which included Margarete Steffin, Theodor Adorno, Ernst Bloch and Hannah Arendt. Wizisla's account of this friendship opens a window on nearly two decades of European intellectual life.