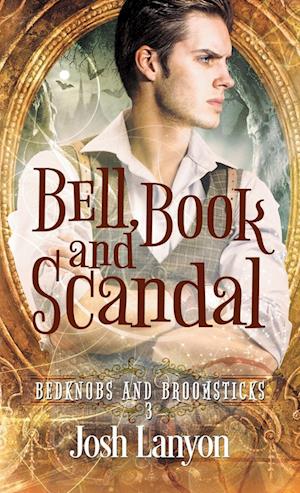 Must a witch break one set of vows to keep another?

Cosmo Saville has never been happier. His adored police commissioner husband has finally-mostly- accepted his witchy ways. And in return, Cosmo has promised to stay out of police business. It seems their Happily Ever After has come at last, until Cos discovers John's sister might be a pawn in a dangerous game of blackmail...

Commissioner Galbraith is relieved the lies and secrets are over and his marriage is back on track. Especially since he has his hands full with a high-profile suicide and rumors of a citywide extortion ring. So when John realizes his own slightly wicked witch is using magic to play sleuth, all his old fears and doubts return to haunt him.

With the commissioner's badge and family in jeopardy, Cosmo feels he has no choice but to use every power in...his power. Even if that dark decision costs him everything he cares about most.