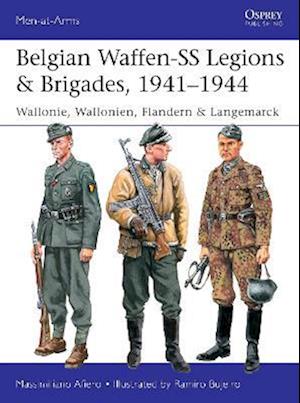 From the German occupation of Belgium in May 1940, Flemish recruits from northern Belgium considered by the Nazis to be 'Germanic' were accepted individually into Waffen-SS units. From Hitler's invasion of the USSR in June 1941, additional recruits from the French-speaking south (Wallonia) were drafted. Both communities formed volunteer 'Legions', to fight (according to Goebbels' propaganda machine) 'for European civilization against the Bolshevik threat'; these were a Flemish Legion in the Waffen-SS and a Walloon Legion in the German Army. Both served on the Russian Front in 1942-43; the Walloon Legion was then also transferred into the Waffen-SS, and the decorated Walloon officer Leon Degrelle became a publicized 'poster boy' for foreign SS volunteers. Both Legions were then redesignated as SS Assault Brigades, and thereafter saw extremely hard fighting in the Ukraine and on the Baltic front. In autumn 1944, their survivors were withdrawn from the front and incorporated into two new understrength SS Divisions, 27. 'Langemarck' and 28. 'Wallonien'.This new account, featuring detailed colour plates of uniform and insignia, recounts the battle history of the French and Flemish-speaking Belgian SS, up to their final transformation into full divisions in the winter of 1944/45.