- The Life and Music of Lester Young 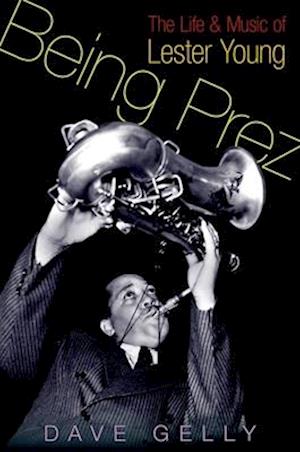 Lester Young was one of the great jazz masters, and his impact on the course of the art form was profound. He fundamentally changed the way the saxophone was played--his long, flowing lines brought new levels of expressiveness and subtlety to the jazz language, setting the standard for all modern players.

In Being Prez, renowned British critic Dave Gelly follows Lester Young through his life in a rapidly changing world, showing how the music of this exceptionally sensitive man was shaped by his experiences. The reader meets a complicated, vulnerable, gentle individual who was brought up in his father's traveling carnival band. His early career was spent in the nightclubs and dancehalls of Kansas City and the Southwest, and he made his landmark recording debut at the peak of the Swing Era. But at the height of his powers, he was drafted into the US Army, where racism and his own unworldliness landed him in military prison. Following these events, Young grew increasingly withdrawn and suspicious, changes in his character reflected in the darkening mood of his music. Gelly, himself a jazz saxophonist, examines many of Young's classic recordings in illuminating detail. He reveals how as a saxophonist--and as major contributor to the Count Basie band--Young created a strong personal voice, a cool modernism, and a new rhythmic flexibility in the freely dancing rhythms of 4-beat swing.

With his sax jutting oddly to one side, his bizarre oblique use of language, and his unique musical rapport with Billie Holiday (who famously nicknamed him "Prez"), Lester Young has become an icon and a cult figure. This marvelous biography illuminates the life and work of this giant of jazz.

Forfattere
Bibliotekernes beskrivelse One of the great jazz masters, Lester Young fundamentally changed the way the saxophone was played, setting the standard for all modern players. Renowned British critic Gelly followed Young through his life in a rapidly changing world, showing how the music of this exceptionally sensitive man was shaped by his experiences.