- On Late Modern Ethics in Europe 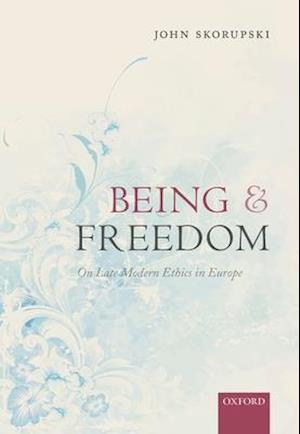 Being and Freedom is a panoramic account of ethics in Europe from the French Revolution to the end of the nineteenth century. In this period the influence of ethics ran far beyond philosophy, eventually dominating politics and religion in the West. Developments came from France, Germany, and Britain: this is the first book to treat them together as a Europe-wide phenomenon, paying attention to the context of events and ideas from which they emerged.Skorupski begins by examining the philosophical conflict at the heart of the French revolution, between the individualism of the Enlightenment and two very different forms of holistic ethics: the old regime's ethic of service and the radical-democracy of the Rousseauian left. Responses analysing freedom and modernsocial relations came from a series of French liberal thinkers. In Germany the reaction was to two revolutions seen as inaugurating modernity: the political revolution in France and the philosophical revolution of Kant. Here, the fate of religion was critical, and with it the metaphysics of being and freedom. Skorupski traces this story from Kant to Hegel's idealist version of ethical holism. In Britain, Enlightenment naturalism remained the prevailing framework. It took different forms:'common sense' and the theory of the sentiments in Scotland, utilitarianism in England. From all these elements came a synthesis of European themes by John Stuart Mill, comparable in range but opposed to that of Hegel. The final chapter is an assessment of this period's ethical ideas. They remain the coreof late modern ethics and the contested ground on which ethical disagreements take place today.

Forfattere
Bibliotekernes beskrivelse Being and Freedom is a panoramic account of ethics in Europe from the French Revolution to the end of the nineteenth century. John Skorupski explores the interaction of philosophical ideas with social influences across Europe during this period, including Kantian ethics, Hegel's holism, and the British utilitarian tradition.