- The Story Behind the State 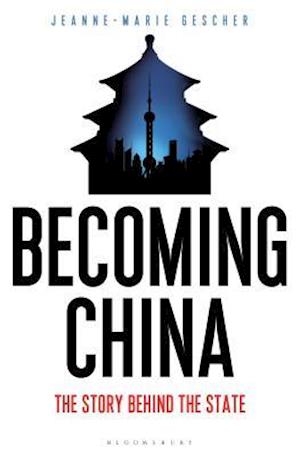 Weaving together the inspirations, ideas, wars and dreams that have shaped the way China's people have thought about order from the ancient past to the recent present, Gescher reveals a story of China as an epic and continuing battle about order that strikes at the heart of what it means to be Chinese. With the past in perspective, the clashes between China's people and the Party come to life as never before-and the importance of China's question becomes clear for everything, including economics. In a thought provoking conclusion, Gescher invites readers to make their own, informed, views about how order might be found in China-and then to take one step further and apply China's question to the wider world. Jeanne-Marie Gescher founded of one of the earliest private advisory firms in China, she has also observed and advised policy institutions on the social, human and environmental changes that have taken place and on their implications, for China and the wider world. Jeanne-Marie has been honorary legal advisor to successive British ambassadors to the PRC from 1989 to 2015; she is a twice-elected former chair of the British Chamber of Commerce in China.Prior to China, she worked as a legal advisor with the International Fund for Agricultural Development (IFAD), as a trade and competition lawyer in Brussels, and as a lecturer in law at the School of Oriental and African Studies (London University). In 2001, she was awarded an OBE for her China work. She is a Leaders Quest Ambassador. Jeanne-Marie was born in Canada. She is a graduate of the universities of Durham and Aix-en-Provence, and a member of the Honourable Society of the Inner Temple. She is a guest lecturer at the University of London's School of Oriental and African Studies. In 2016 she became special advisor on China to Justin Welby, Archbishop of Canterbury.