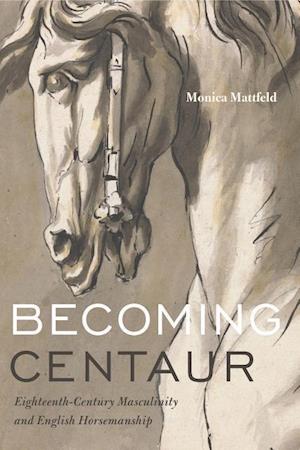 In this study of the relationship between men and their horses in seventeenth- and eighteenth-century England, Monica Mattfeld explores the experience of horsemanship and how it defined one's gendered and political positions within society.Men of the period used horses to transform themselves, via the image of the centaur, into something other-something powerful, awe-inspiring, and mythical. Focusing on the manuals, memoirs, satires, images, and ephemera produced by some of the period's most influential equestrians, Mattfeld examines how the concepts and practices of horse husbandry evolved in relation to social, cultural, and political life. She looks closely at the role of horses in the world of Thomas Hobbes and William Cavendish; the changes in human social behavior and horse handling ushered in by elite riding houses such as Angelo's Academy and Mr. Carter's; and the public perception of equestrian endeavors, from performances at places such as Astley's Amphitheatre to the satire of Henry William Bunbury. Throughout, Mattfeld shows how horses aided the performance of idealized masculinity among communities of riders, in turn influencing how men were perceived in regard to status, reputation, and gender.Drawing on human-animal studies, gender studies, and historical studies, Becoming Centaur offers a new account of masculinity that reaches beyond anthropocentrism to consider the role of animals in shaping man.