- A Guide for Aspiring Professionals 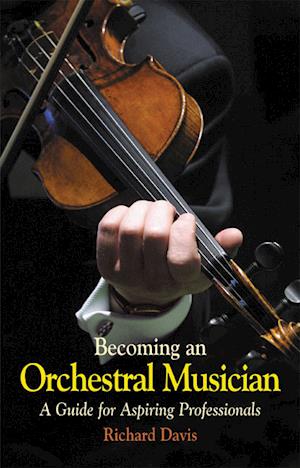 Becoming an Orchestral Musician takes you on a journey into the musical profession. It is the first comprehensive guide for professional musicians on how to succeed in joining an orchestra or ensemble, and how to survive as an orchestral musician. Such crucial topics as how to obtain the right tuition, music college versus university, auditioning, nerves, the secrets of ensemble playing and intonation, conductors, the mechanics of the orchestra, performing philosophies and strategies for survival are covered in separate sections. The matter of how to explore and adapt one's musical psyche, the pitfalls of a career in music and the highs and lows of performing are also discussed. The history, mythology and science of music-making and numerous anecdotes provide a vivid background. It is essential reading for all orchestral musicians, including players of every instrument, whether at college or university or during their career, whether full-time or part-time, and whether professional or amateur, and also for the parents of budding instrumentalists. There are probably more orchestras and ensembles in the length and the breadth of Britain today than ever before.With the renewed recognition in schools of the importance of music, the competition among younger musicians has become intense.Schools and colleges need to be well informed about career guidance for their students. Richard Davis's book will give the answers to many of the questions those students will be asking. It has been warmly welcomed by his colleagues in the BBC Philharmonic, and by other musicians, too. Twenty of them have been interviewed by him specially for it on their experiences and on advice they would like to give to younger musicians on many different themes. They include principals and rank and file players, soloists, academics, music critics, fixers, chamber musicians and people involved in management.

Forfattere
Bibliotekernes beskrivelse A guide for professional musicians on how to succeed in joining an orchestra or ensemble, and how to survive as an orchestral musician during their career. 17 line illustrations & 11 musical examples