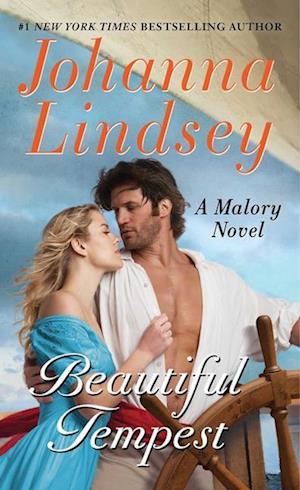 #1 New York Times bestselling author Johanna Lindsey brings her "signature blend of witty writing, charmingly unique characters, and a sexy love story" (Booklist) to the tempestuous tale of Jacqueline Malory, whose furious thirst for revenge leads to a confrontation with the handsome pirate who abducted her--and sparks a much steamier kind of desire. For the first time, James Malory and his in-laws agree on something: it's payback time for the culprit who kidnapped James and Georgina's beloved daughter Jack from her debutante party and whisked her away to the Caribbean. James has finally figured out who masterminded the dastardly plot and is leading a fleet of ships to the West Indies to deliver some Malory-style retribution. More interested in revenge than in finding a husband, Jack is furious that her father left her behind. So she decides to track down her abductor herself, but as Jack re-engages in a battle of wills with him, she realizes that he is no ordinary pirate. In fact, he may not a pirate at all, but a nobleman determined to settle a score that dates back to the days when her father was known as Captain Hawk--and what endangers her most is the increasingly passionate attraction they feel for each other.

Forfattere
Bibliotekernes beskrivelse In the 12th novel of her Malory series, "#1 New York Times"-bestselling author Lindsey reveals the tempestuous story of Jacqueline Malory, whose furious desire for revenge leads to a confrontation with the handsome pirate who abducted her--and sparks a much steamier kind of desire.ooks.