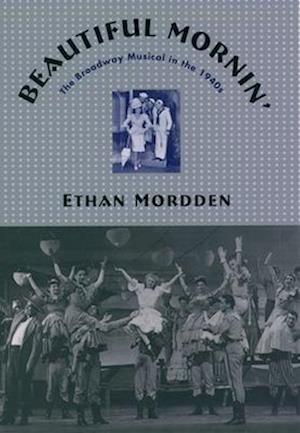 'Music and girls are the soul of musical comedy,' one critic wrote, early in the 1940s. But this was the age that wanted more than melody and kickline form its musical shows. The form had been running on empty for too long, as a formula for the assembly of spare parts-star comics, generic loves songs, rumba dancers, Ethel Merman. If Rodgers and Hammerstein hadn't existed, Broadway would have had to invent them; and Oklahoma! and Carousel came alongjust in time to announce the New Formula for Writing Musicals: Don't have a formula. Instead, start with strong characters and atmosphere: Oklahoma!'s murderous romantic triangle set against a frontier society that has to learn what democracy is in order to deserve it; or Carousel's dysfunctional family seen in the context of class and gender war. With the vitality and occasionally outrageous humour that Ethan Mordden's readers take for granted, the author ranges through the decade's classics-Pal Joey, Lady in the Dark, On the Town, Annie Get Your Gun, Finian's Rainbow, Brigadoon, Kiss Me, Kate, South Pacific. He also covers illuminating trivia-the spy thriller The Lady Comes Across, whose star got so into her role that she suffered paranoid hallucinations and had to be hospitalized; the smutty Follow theGirls, damned as 'burlesque with a playbill' yet closing as the longest-run musical in Broadway history; Lute Song, in which Mary Martin and Nancy Reagan were Chinese; and the first 'concept' musicals, Allegro and Love Life. Amid the fun, something revolutionary occurs. The 1920s created the musical and the 1930s gave itpolitics. In the 1940s, it found its soul.