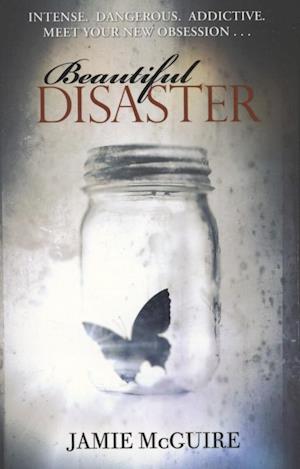 Forfattere
Forlagets beskrivelse Suffering from Fifty Shades withdrawal symptoms? Then meet Travis... Good Girl. Abby Abernathy doesn't drink or swear and she works hard. Abby believes she has created enough distance between her and the darkness of her past, but when she arrives at college, her dreams of a new beginning are quickly challenged by the university's walking one-night stand. Bad Boy. Travis Maddox, handsome, built, and covered in tattoos, is exactly what Abby needs - and wants - to avoid. He spends his nights winning money in a floating fight club, and his days as the notorious college Lothario. A disaster waiting to happen... Intrigued by Abby's resistance to his charms, Travis tricks her into his life with a simple bet. If he loses, he must remain celibate for a month. If Abby loses, she must live in Travis' apartment for the same amount of time. Or the start of something beautiful? Either way, Travis has no idea that he has met his match. Or that this is the start of an obsessive, intense relationship that will lead them both into unimaginable territory...
Bibliotekernes beskrivelse Intense. Dangerous. Addictive. Meet your next obsession...the new bestselling phenomenon.