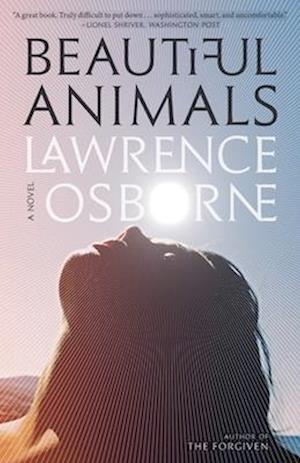 "Let's not mince words. This is a great book. Truly difficult to put down... sophisticated, smart and uncomfortable, and the story is cracking." - Lionel Shriver, Washington Post "Startlingly good...Osborne has been described as an heir to Graham Greene, and he shares with Greene an interest in what might be called the moral thriller." - Katie Kitamura, New York Times Book Review "A seductively menacing new thriller by Lawrence Osborne...who unites Graham Greene's fondness for foreign soil with Patricia Highsmith's fascination with the nastier coils of the human psyche." -NPR's "Fresh Air" FINANCIAL TIMES SUMMER PICK 2017

On a hike during a white-hot summer break on the Greek island of Hydra, Naomi and Samantha make a startling discovery: a man named Faoud, sleeping heavily, exposed to the elements, but still alive. Naomi, the daughter of a wealthy British art collector who has owned a villa in the exclusive hills for decades, convinces Sam, a younger American girl on vacation with her family, to help this stranger. As the two women learn more about the man, a migrant from Syria and a casualty of the crisis raging across the Aegean Sea, their own burgeoning friendship intensifies. But when their seemingly simple plan to help Faoud unravels all must face the horrific consequences they have set in motion. In this brilliant psychological study of manipulation and greed, Lawrence Osborne explores the dark heart of friendship, and shows just how often the road to hell is paved with the best of intentions.