- The Beat Spirit and Popular Song 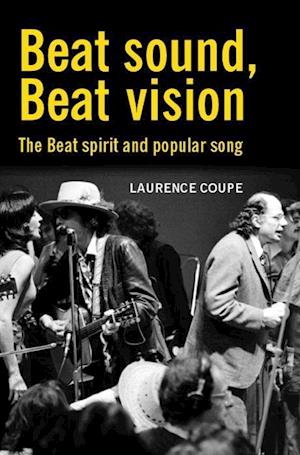 This book reveals the ideas behind the Beat vision which influenced the Beat sound of the songwriters who followed on from them. Having explored the thinking of Alan Watts, who coined the term 'Beat Zen', and who influenced the counterculture which emerged out of the Beat movement, it celebrates Jack Kerouac as a writer in pursuit of a 'beatific' vision. On this basis, the book goes on to explain the relevance of Kerouac and his friends Allen Ginsberg and Gary Snyder to songwriters who emerged in the 1960s. Not only are new, detailed readings of the lyrics of the Beatles and of Dylan given, but the range and depth of the Beat legacy within popular song is indicated by way of an overview of some important innovators: Jim Morrison, Joni Mitchell, Leonard Cohen, Donovan, the Incredible String Band, Van Morrison and Nick Drake. -- .

Forfattere
Bibliotekernes beskrivelse What does the 'Beat' in 'Beatles' really mean? Why did Bob Dylan want to visit Jack Kerouac's grave with Allen Ginsberg? How does reading Gary Snyder help us understand the lyrics of Jim Morrison? This book provides the answers. -- .