- Animals, Humans, and the Study of History 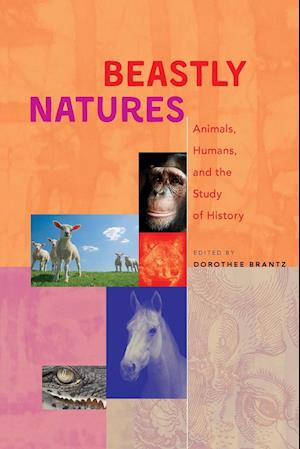 Although the animal may be, as Nietzsche argued, ahistorical, living completely in the present, it nonetheless plays a crucial role in human history. The fascination with animals that leads not only to a desire to observe and even live alongside them, but to capture or kill them, is found in all civilizations. The essays collected in Beastly Natures show how animals have been brought into human culture, literally helping to build our societies (as domesticated animals have done) or contributing, often in problematic ways, to our concept of the wild.

The book begins with a group of essays that approach the historical relevance of human-animal relations seen from the perspectives of various disciplines and suggest ways in which animals might be brought into formal studies of history. Differences in species and location can greatly affect the shape of human-animal interaction, and so the essays that follow address a wide spectrum of topics, including the demanding fate of the working horse, the complex image of the American alligator (at turns a dangerous predator and a tourist attraction), the zoo gardens of Victorian England, the iconography of the rhinoceros and the preference it reveals in society for myth over science, relations between humans and wolves in Europe, and what we can learn from society's enthusiasm for "political" animals, such as the pets of the American presidents and the Soviet Union's "space dogs." Taken together, these essays suggest new ways of looking not only at animals but at human history.