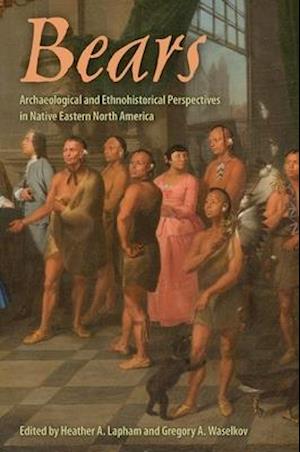 Although scholars have long recognized the mythic status of bears in Indigenous North American societies of the past, this is the first volume to synthesize the vast amount of archaeological and historical research on the topic. Bears charts the special relationship between the American black bear and humans in eastern Native American cultures across thousands of years. These essays draw on zooarchaeological, ethnohistorical, and ethnographic evidence from nearly 300 archaeological sites from Quebec to the Gulf of Mexico. Contributors explore the ways bears have been treated as something akin to another kind of human--in the words of anthropologist Irving Hallowell, "other than human persons"--in Algonquian, Cherokee, Iroquois, Meskwaki, Creek, and many other Native cultures. Case studies focus on bear imagery in Native art and artifacts; the religious and economic significance of bears and bear products such as meat, fat, oil, and pelts; bears in Native worldviews, kinship systems, and cosmologies; and the use of bears as commodities in transatlantic trade. The case studies in Bears demonstrate that bears were not only a source of food, but were also religious, economic, and political icons within Indigenous cultures. This volume convincingly portrays the black bear as one of the most socially significant species in Native eastern North America. A volume in the Florida Museum of Natural History: Ripley P. Bullen Series