Be It Ever So Humble

- Poverty, Fiction, and the Invention of the Middle-Class Home 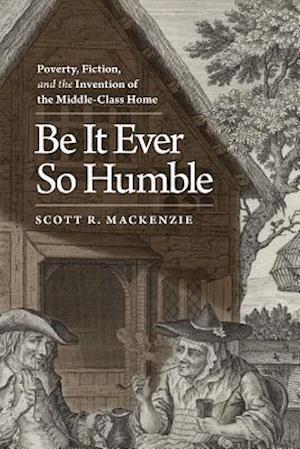 Before the rise of private homes as we now understand them, the realm of personal, private, and local relations in England was the parish, which was also the sphere of poverty management. Between the 1740s and the 1790s, legislators, political economists, reformers, and novelists transferred the parish system's functions to another institution that promised self-sufficient prosperity: the laborer's cottage. Expanding its scope beyond the parameters of literary history and previous studies of domesticity, Be It Ever So Humble posits that the modern middle-class home was conceived during the eighteenth century in England, and that its first inhabitants were the poor.

Over the course of the eighteenth century, many participants in discussions about poverty management came to believe that private family dwellings could turn England's indigent, unemployed, and discontent into a self-sufficient, productive, and patriotic labor force. Writers and thinkers involved in these debates produced copious descriptions of what a private home was and how it related to the collective national home. In this body of texts, Scott MacKenzie pursues the origins of the modern middle-class home through an extensive set of discourses--including philosophy, law, religion, economics, and aesthetics--all of which brush up against and often spill over into literary representations.

Through close readings, the author substantiates his claim that the private home was first invented for the poor and that only later did the middle class appropriate it to themselves. Thus, the late eighteenth century proves to be a watershed moment in home's conceptual life, one that produced a remarkably rich and complex set of cultural ideas and images.