- Animals in the Roman World 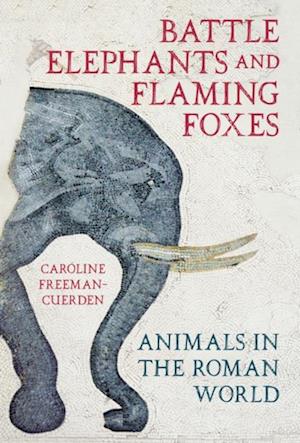 From the hooves of chariot horses pounding the dust of the racetrack to the cries of elephants charging the battlefields, animals were a key part of Roman life. On memorials left to beloved dogs or in images of arena animals hammered onto coins, their stories and roles in Roman history are there for us to find.Why did the emperor Augustus always have a seal skin nearby? What was the most dangerous part of a chariot race? How could a wolf help with toothache?Take a gallop into the Roman world of chariot horses, battle elephants and rampaging rhinos. In the ancient world a bear could be weaponised and venomous snakes could change the course of a battle at sea. If you want to know exactly how to boil a crane (and who doesn't?) or how to use eels to commit murder, the Romans have the answer. They wove animals into poetry, sacrificed them and slaughtered thousands in their arenas, while animal skins reinforced shields and ivory decorated the hilts of their swords.From much-loved dogs to talking ravens, Battle Elephants and Flaming Foxes discovers who the Romans really were through the fascinating relationships they had with the creatures they lived and died alongside.