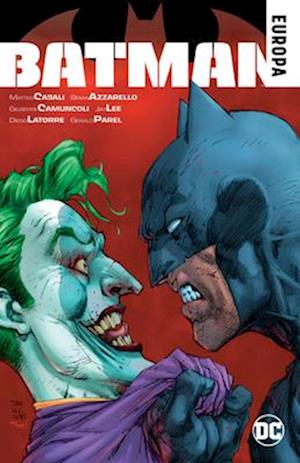 The Dark Knight is finally facing an enemy that even he can t defeat a deadly, custom-engineered virus that will drive him mad and then kill him within a week. But Batman isn t the only one infected the homicidal madman known as the Joker is also stricken. Now, the two mortal enemies must rely on each other if either one is to survive. As they follow the clues, their search for the man who targeted them has them crisscrossing Europe following clues in Berlin, fighting automatons in Prague, haunting the Paris catacombs and more. Can Batman and Joker survive working together? Or will the Dark Knight and his deadliest enemy die together, far from Gotham City? Collects BATMAN: EUROPA #1-4 of the 4-issue miniseries.