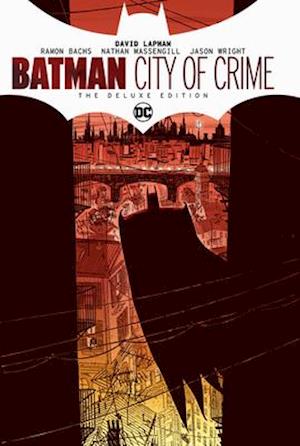 Forfattere
Forlagets beskrivelse The Dark Knight is on a mission to shut down a drug ring ruining the lives of the people of Gotham. However, following a series of deaths of teenage girls, some pregnant, Batman vows to find the root of this problem. Believing the culprits to be part of a pregnancy ring, Batman scours the underbelly of Gotham looking for clues leading to something bigger than anticipated.Pushing the limits, David Lapham drags Bruce Wayne through one of his most controversial plots in Batman: City of Crime.
Bibliotekernes beskrivelse Failing to recognize a young girl s cry for help, which results in the death of six teenage girls, Batman descends into Gotham s underworld, uncovering the city s long-hidden, dark truths.