Bat Calls of Britain and Europe

- A Guide to Species Identification 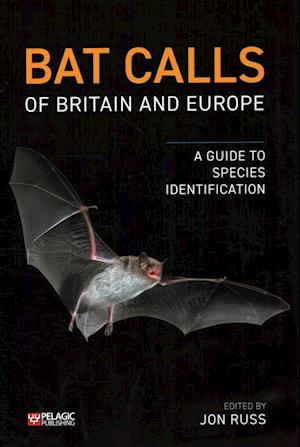 A comprehensive guide to the calls of the 44 species of bat currently known to occur in Europe. Following on from the popular British Bat Calls by Jon Russ, this new book draws on the expertise of more than forty specialist authors to substantially update all sections, further expanding the volume to include sound analysis and species identification of all European bats. Aimed at volunteers and professional alike, topics include the basics of sound, echolocation in bats, an introduction to acoustic communication, equipment used and call analysis. For each species, detailed information is given on distribution, emergence, flight and foraging behaviour, habitat, echolocation calls - including parameters of common measurements - and social calls. Calls are described for both heterodyne and time expansion/full spectrum systems. A simple but complete echolocation guide to all species is provided for beginners, allowing them to analyse call sequences and arrive at the most likely species or group. The book also includes access to a downloadable library of over 450 calls presented as sonograms in the species sections.

Forfattere
Bibliotekernes beskrivelse A comprehensive guide to the calls of 44 species of bat occurring in Europe. Following on from the British Bat Calls by Jon Russ, this new book substantially updates all sections and expands the book to inform sound analysis and species identification of all bats in Europe. 700 Figures