- My Life, My Truth - The International Bestseller 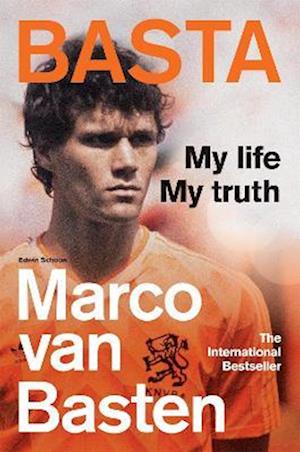 *****Shortlisted for International Autobiography of the Year in the Telegraph Sports Book Awards 2021'This account is often poetic and sometimes haunting.' - FourFourTwoTriple European Footballer of the Year. Once World Footballer of the Year. European Champion two UEFA Super Cups, European Champion with the Dutch National Team in 1988 and numerous national championships with both Ajax and AC Milan. Marco van Basten is known as one of the greatest footballers of all time, but his personal life has always remained somewhat of a mystery, until now.Basta is the raw, honest, but above all gripping autobiography of Marco van Basten.It's the unfiltered story of his rise to fame, from being under the wing of Cruyff and experiencing life as an Ajax player to being propelled into the spotlight following Euros '88 - and scoring the greatest goal ever to win a major final - and playing for AC Milan at the peak of Italian football's popularity.But despite countless successes, Marco van Basten experienced many low points, including losing a childhood friend, battling with pain after his numerous fluffed operations, and ultimately coming to terms with life after playing football.Basta is his story.

Forfatter
Bibliotekernes beskrivelse The autobiography of the most 'complete' strikers in football history.