- Monsters in the Anglo-Saxon World 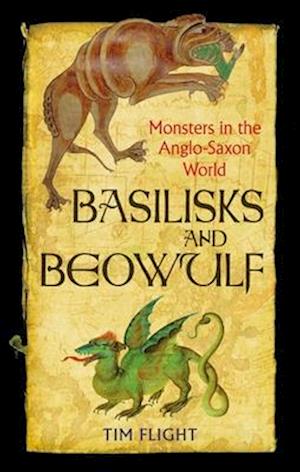 This book addresses a simple question: why were the Anglo-Saxons obsessed with monsters, many of which did not exist? Drawing on literature and art, theology and a wealth of first-hand evidence, Basilisks and Beowulf reveals a people huddled at the edge of the known map, using the fantastic and the grotesque as a way of understanding the world around them and their place within it.For the Anglo-Saxons, monsters helped to distinguish the sacred and the profane; they carried God's message to mankind, exposing His divine hand in creation itself. At the same time, monsters were agents of disorder, seeking to kill people, conquer their lands and challenge what it meant to be human even. Learning about where monsters lived and how they behaved allowed the Anglo-Saxons to situate themselves in the world, as well as to apprehend something of the divine plan. It is for these reasons that monsters were at the very centre of their worldview. From map monsters to demons, dragons to Leviathan, we neglect them at our peril.