Basil of Caesarea, Gregory of Nyssa, and the Transformation of Divine Simplicity 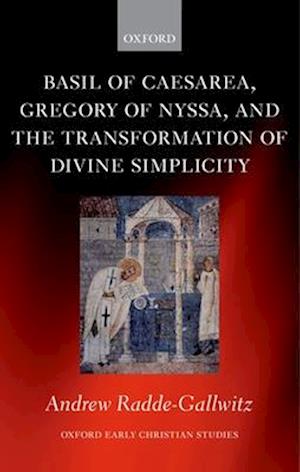 Divine simplicity is the idea that, as the ultimate principle of the universe, God must be a non-composite unity not made up of parts or diverse attributes. The idea was appropriated by early Christian theologians from non-Christian philosophy and played a pivotal role in the development of Christian thought. Andrew Radde-Gallwitz charts the progress of the idea of divine simplicity from the second through the fourth centuries, with particular attention to Basil of Caesarea and Gregory of Nyssa, two of the most subtle writers on this topic, both instrumental in the construction of the Trinitarian doctrine proclaimed as orthodox at the Council of Constantinople in 381. He demonstrates that divine simplicity was not a philosophical appendage awkwardly attached to the early Christian doctrine of God,but a notion that enabled Christians to articulate the consistency of God as portrayed in their scriptures.Basil and Gregory offered a unique construal of simplicity in responding to their principal doctrinal opponent, Eunomius of Cyzicus. Challenging accepted interpretations of the Cappadocian brothers and the standard account of divine simplicity in recent philosophical literature, Radde-Gallwitz argues that Basil and Gregory's achievement in transforming ideas inherited from the non-Christian philosophy of their time has an ongoing relevance for Christian theological epistemologytoday.